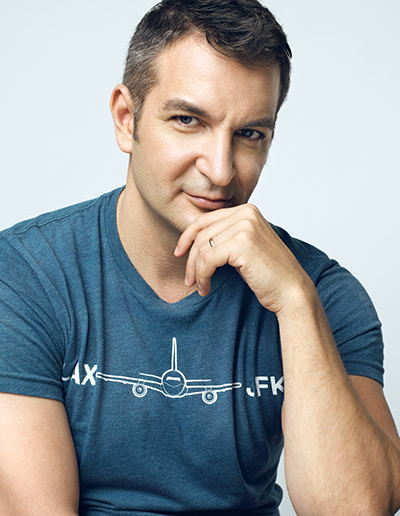 Yanir Dekel has a decade of experience in entertainment, journalism, and digital media in Israel and the U.S. A former publicist for Israeli musical artists who’s currently combining Editorial Marketing with coverage of Hollywood for Israeli entertainment and news outlets, Yanir’s first love was always writing.

Imperfect Thing Called love is his first novel, based on a successful blog “Lessons in Love,” that he wrote in Israel more than a decade ago under a pen-name. The blog was one of the most popular on the busiest web portal in Israel at the time, attracting hundreds of readers every week, a major achievement for a gay blog on a mainstream website.

Yanir moved from Tel Aviv to Los Angeles in 2009 and since then he’s focused on providing content-based marketing solutions to companies and non-profit organizations, using his skills in writing, graphic design, video and sound editing and social media. He also maintain blogs about gay life in the Jerusalem Post and The Times of Israel.

Yanir currently resides in West Hollywood with his husband Alex, and their dog Koobeh.